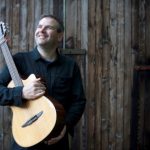 Tim Edey is one of the world's finest guitarists and melodeon players – he also plays a variety of instruments to an astonishing level including piano, banjo and whistles. In addition to this Tim has a superb singing voice.

Tim's live solo shows are a stunning mix of world music inspired instrumental virtuosity and passion, audience chorus line, but above all Tim is a highly entertaining musical genius. He was BBC Radio 2 Musician of the Year 2012 at the BBC Radio 2 Folk Awards (multi- instrumentalist and singer).

Tim’s concerts are a magical evening of contrasting genres of music including folk, jazz, blues, celtic and world music which he can adapt to suit the preferences of an audience. Beautiful chorus songs and Tim’s unique warm charisma ensures audience participation.

RICHARD LINDSAY, ULLAPOOL GUITAR FESTIVAL Musical genius doesn’t really cover it. Probably one of the finest musicians on the acoustic music scene today, a joy to work with!!!

SHARON SHANNON A ferocious passion and a beautiful tenderness, sensitivity, respect, understanding &love perpetually shines out through the music of virtuoso musicianTim Edey.

JOHNNY WHALLEY, FOLK RADIO UKTim again shows himself to be a musician who simply cannot be pigeon-holed, neither in terms of the instruments he excels at playing nor the styles of music he chooses. The only relevant pigeon-hole for Tim is one labelled ‘Brilliant’.

MIKE HARDING One of the greatestmelodeon players in the world.

COLIN IRWIN, fRoots Tim Edey is brilliant – in every which way. As a guitarist, he has few peers. As a box player, he’s a magician. As a character he’s off the scale.

JIM BYRNE (The Living Tradition) Tim Edey plays a host of different instruments to a standard us mere mortals can only dream of. Listen and weep.

GIG N'BANN Festival (Ireland) Tim Edey`s performance was a thing of beauty. An immensely talented musician with an abundance of wit and charm to hold an audience spellbound. As a solo performer his set contained all you could ask for beautiful music, energy and witty banter. 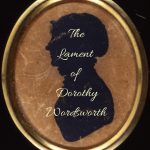 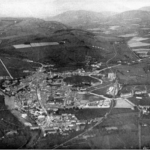