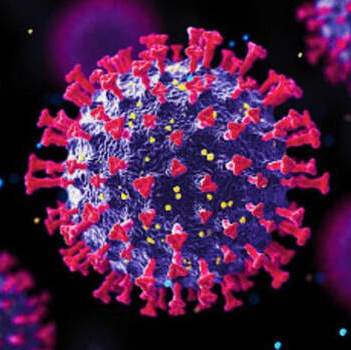 A Cockermouth charity is calling on the government to provide more support to community arts and entertainment venues hit by the rising numbers of Covid cases.

‘Small venues such as the Kirkgate Centre which are so important to small towns like Cockermouth have had nearly two years of struggling to survive,’ said Chair of Kirkgate Arts and Heritage Marion Bowman. ‘Our earned income disappeared overnight at the start of the pandemic when we had to close, but in the past waves of coronavirus we were helped by the financial support that came in the lockdowns through policies such as the furlough scheme.

‘Now that the government is determined not to lockdown despite the huge spread of Omicron, businesses hit by high levels of staff absences or many customers not coming out are really feeling the pinch. The government is making small grants available to entertainment venues but the loss of income we’re facing is significant and there’s no insurance cover available now. We still have all our fixed costs to meet and they’re going up – we pay £12,000 a year just to open the door, on insurance and utilities. We need more support.’

Despite a vibrant offering of films and music throughout January and February, including a new series of Jazz evenings with top professional musicians starting with the Jeremy Sassoon Quartet on Sunday, January 23, ticket sales for future events are well down on expected figures.

‘Ironically we have one sold out gig on Saturday, January 15th with Red Rum Club. It’s part of the nationwide Revive Live tour launched last year by the Music Venue Trust charity,’ said Kirkgate’s General Manager Emma Heys. ‘It’s a major campaign supported financially by the National Lottery to help both musicians and, especially, small grassroots venues such as Kirkgate. It would be ironic if, after that, customers keep away, as ticket sales for other shows seem to be indicating, and our survival is put at risk again.

‘We know that some local businesses have decided to close temporarily. But we’ve decided to try to ride the wave and stay open.’

‘We’re doing everything we can to keep customers safe, so we urge people wanting  an enjoyable night out to check what’s on and come and have some fun and entertainment with us,’ said Emma.

Kirkgate’s infection controls include hand sanitising on arrival, regular cleaning and ventilation of the premises, a one-way system, and the legal requirement of mask wearing unless eating or drinking. Socially distanced seating is often available depending on the show and can be arranged when booking online HERE  or calling 01900 829966.

Cockfrock items are flooding in quick and fast! We are expected a range of styles, materials, prints and sizes... There should be something for everyone!

We hope you can make it for some eco conscious shopping with a buzz!